This was among the hopes of the Deputy Governor of North Sumatra (Wagubsu), Musa Rajekshah, after the launch of the UMA Agricultural Science Doctoral Program. “In addition to the future HR is superior, because North Sumatra is indeed the largest area of agriculture, it is hoped that it can train farmers in our area about new things to increase agricultural production,” said the man who is known as Ijeck.

Ijeck also hopes that the UMA’s Doctoral Program Agricultural of Science is also useful in the future to be able to provide knowledge on how to market agriculture to farmers in North Sumatra. “In order for a good product, a superior product can be accompanied by a stable market price and can also be accepted and hopefully North Sumatra can export agricultural products going forward,” he said.

Meanwhile, Chairperson of the Hajj Agus Salim Education Foundation UMA, Drs Erwin Siregar MBA said, the Agricultural Science Doctoral Program was opened at the request of the community, especially providing experts who have competencies, especially in the agricultural sector doctoral program, all of which have been fulfilled.

“The government sees that UMA has very good achievements, especially accreditation, on average, UMA gets A from the accreditation. In addition, the library which received an assessment and finally the UMA was awarded the greend metrix at the end of 2019 for the national level and number 2 for the North Sumatra level, “he said.

UMA’s Chancellor Prof. Dr. Dadan Ramdan M.Eng M.Sc said, the UMA Doctoral Agricultural of Science is ready to carry out the doctoral program and ensure it runs according to the correct rules and standards, of course the lecture hall, laboratory, and six permanent lecturers and two additional lecturers. “The teaching staff consists of 8 professors, and 18 doctors who are in accordance with the rules and standards specified,” he said.

Cooperation with the North Sumatra Provincial Government, said the Chancellor, is certainly in the collaboration of research topics or research in international journals that can be patented. “In addition, there are also new innovations or findings that can be used within the government environment,” he explained.

“The aspect is that we hope for new ones, namely in writing new research, new innovations, new product results. This supports our economy in national development in North Sumatra. We need a lot of human resources to support this program to become a doctor. Quality must be maintained. Why? Because managing the S3 study program has a lot of work, “he said.

It is said, this is a prospective leader in the future that encourages better development. 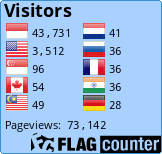